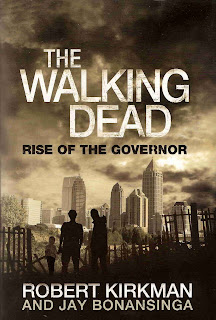 The Walking Dead - Rise of the Governor
Written by Robert Kirkman & Jay Bonansinga
Buy it here.
Posted by Adam Wollet at 11:45 AM No comments: